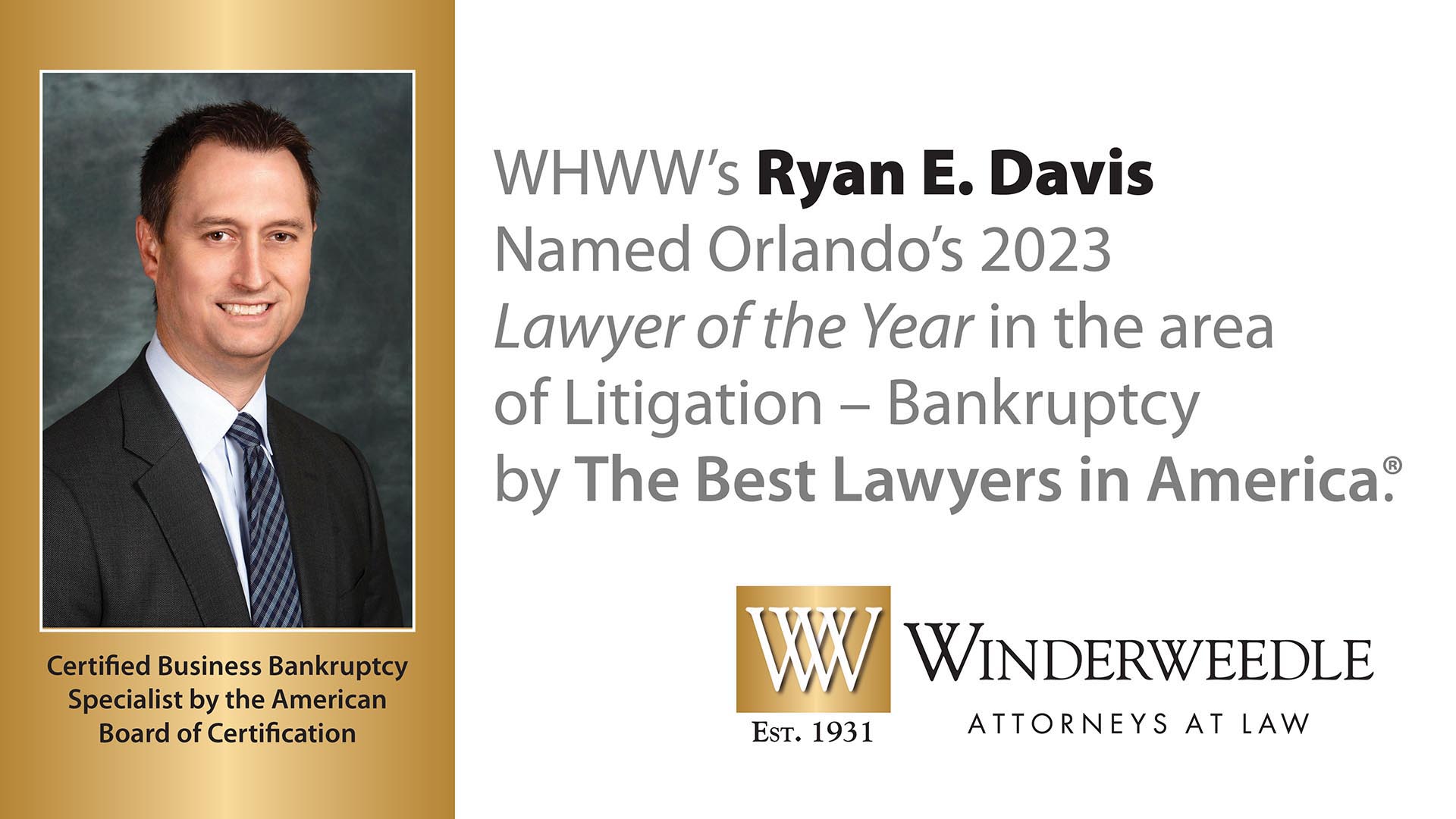 Attorney Ryan Davis is named a 2023 Orlando Lawyer of the Year in Litigation – Bankruptcy by The Best Lawyers in America©. The Lawyer of the Year distinction is awarded to individual lawyers with the highest overall peer feedback for a specific practice area and geographic region.  Only one lawyer is recognized as the Lawyer … Read more 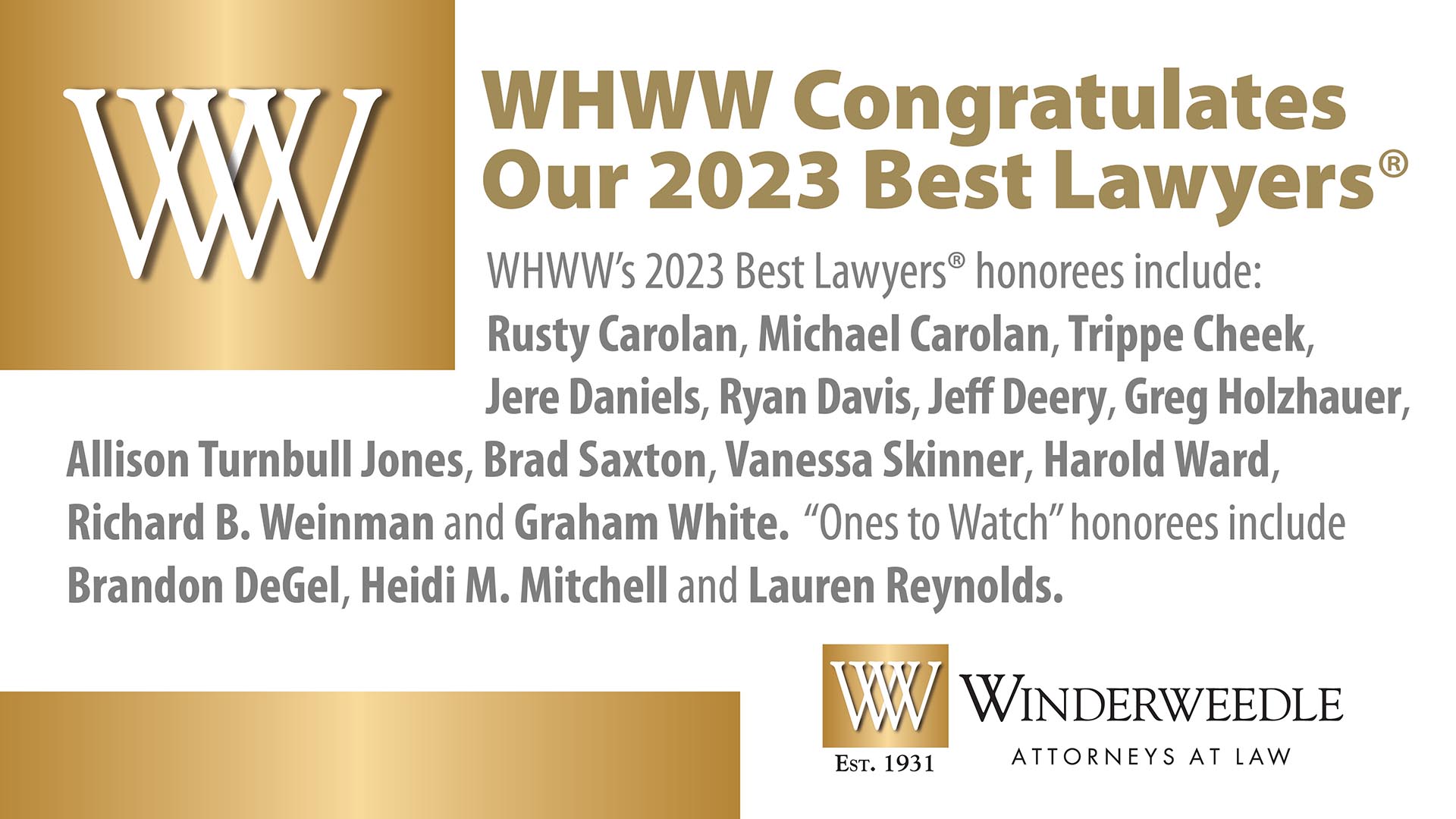 Thirteen lawyers from WHWW were recently selected by their peers for inclusion in The Best Lawyers in America© (2023), and four lawyers were named “Ones to Watch”, as published in dozens of city and regional publications in the U.S. including, U.S. News & World Report. In addition, Ryan E. Davis was named an Orlando Lawyer of the Year … Read more